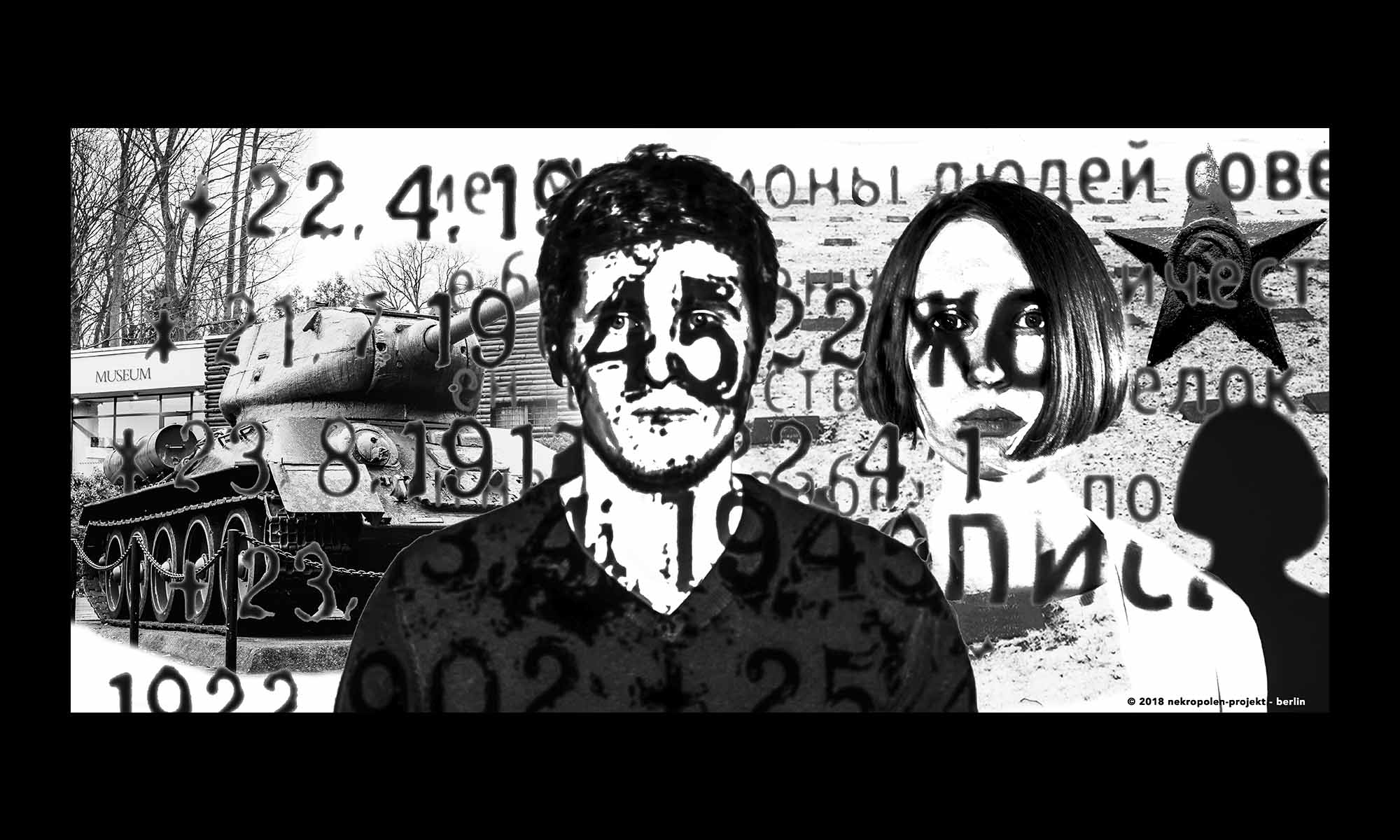 From 14th of April until 30th of May 2018 the »necropolis-project« will be presented at the Gedenkstätte & Museum Seelower Höhen at the city of Seelow.

This site about 70 kilometers East of Berlin and close to the Polish border is dedicated to the memory of the biggest battle of WWII on German grounds. In April 1945 close to 1.000.000 soldiers of the Red Army commanded by Marshal Georgi Zhukov attacked the position known as the »Gates to Berlin« around the »Seelow Heights«. They were opposed by about 110.000 soldiers of the German 9th Army, commanded by General Theodor Busse.

The 16th of April 1945 marked the start of the last soviet military offensive against Nazi-Germany. It ended in Berlin with the city’s unconditional surrender on May 2nd, 1945. The attack was itself the opening phase of what later has become known as the »Battle of Berlin«.

Master-students and alumni from Berlin, comprised of 18 nations, visualized traces of remembrance and their reflections upon war, war death, destruction, loss and oblivion . They connected art history and literature over a period of 3.000 years starting with the Trojan War to today’s battlegrounds of Aleppo. The core exhibit is the multi-media installation, named »the triptych«, an audio-visual story-telling as a collage of photography, drawings and original film footage. The project’s intention is to encourage reflection through information, discovery and identification – against forgetting.